The Brideog night was celebrated on the 31st of January. The next day February 1st was St. Bridgid’s feast day. 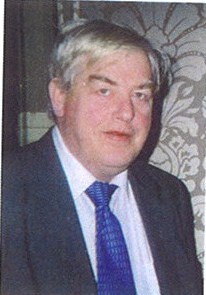 St. Mary Magdalene  also had February 1st as a feast day. One of the first memories I have of the brideogs is coming home from school and being told by my mother the we couldn’t go out as there was snow promised. Afterwards we realized her wisdom.

When we did go out we arranged in school where to meet.  An old dress belonging to an older sister was commandeered; also an old flour bag had been washed out and dried.  Holes were cut in these to provide visibility.  They were smeared with crayons to give a fierce aspect. Having met at the appointed place we set off on our trek.  One of us was designated to take care of the loot.  When we went out with the wren there was only one or maybe two together.  As the numbers were increased we had to plan a strategy to compensate.  We went across the fields to cover as many villages as possible.  This meant crossing ditches.  There was usually a thread of barbed wire on top of the ditch.  It was hard enough to cross in the daylight but with a flounce dress over a trouser a sudden tearing could often be heard.  When we arrived at a house one would produce a tin-whistle or a mouth organ.  Then, if let, a group of us would have a bundle of fun.

I remember one night a lad getting detached from the group and he hit his head on the dresser.  A badge of honour the next day in a fine black eye. When we were on the main road there was the added danger of being ambushed and roughed up by the older boys.  Sometimes a bit of money had to be surrendered.  When we finally made it to Kenny’s shop we must have looked like the remains of some army.  The money was divided and whatever could be afforded was bought.

We have all gone our separate ways, some to distant shores, but if we occasionally met we always talked of the old school and the Brideogs.  Those times are like a lynch pin of a varied wheel of life.  Money equals more weight than value.