You are here: Home>People>Assisted Migration From Mountbellew 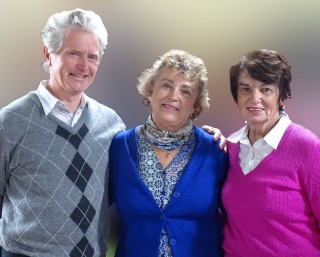 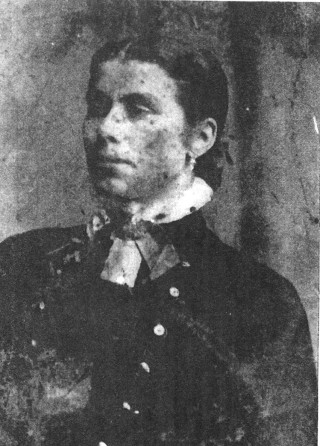 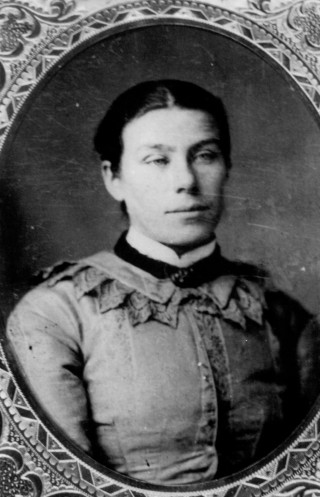 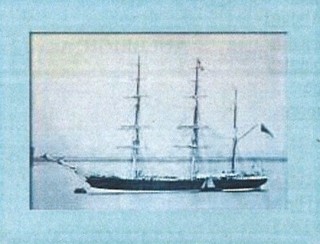 The Palestine
Courtesy of Kathleen Connolly

Every so often you discover a story that’s begging to be told. This, the story of Mary Flanagan, is one such. Her story is part of our local and national history and one that is largely unknown in current times.

On 24th July 2015 I had the pleasure of meeting three Australians, who while passing through Moylough en route from Mountbellew to Galway, spotted the sign for the Community Resource & Heritage Centre and decided to call in. Aleysha McGrath , her husband David, and her sister Wendy Bethune had been in Mountbellew trying to find information on their Great Grandmother Mary Flanagan who’d emigrated from there to Western Australia in 1852/’53. She’d married in Jan 1854 and her father’s name was given as Thomas on her marriage cert.

The years struck me as significant being just at the end of the Famine; my immediate thought was of the Workhouse in Mountbellew. I knew of the Assisted Migration Programme and that Mountbellew Workhouse had participated in the scheme. Famine ravaged Ireland between 1845 and 1852. A new disease “potato blight” led to total failure of the potato crop, on which the majority of the population depended. It is estimated that a million people died and a million more emigrated.

Many of those who remained were forced to enter the workhouses as a last resort. Workhouses were where impoverished people who had no job or home sought refuge. They earned their keep by doing jobs in the workhouse. Also in the workhouses were orphaned and abandoned children, the physically and mentally sick, and the disabled, the elderly and unmarried mothers. People had to be destitute to enter. Life in the workhouse was harsh and cruel. Families were separated husbands from wives and children from parents. They were not allowed further contact with one another and punished if caught speaking to each other. The food was poor, there were many rules and punishments were harsh. People were hungry, frustrated, badly treated, bored and mostly without hope.  Because of the overcrowding and weakened state of the people disease spread rapidly leading to large numbers dying in the workhouses also. Many preferred prison to the workhouse.

Mountbellew Workhouse was built about a mile from the town in the townland of Bovinion. It was built on a six acre site, designed by architect George Wilkinson to house 500 inmates. It cost £5,150 to build plus an additional £920 for fixtures and fittings. Mountbellew opened in 1852 towards the end of the Famine, a number of its inmates would have come there from other workhouses, the idea being to return them closer to their area of origin. The Board of Guardians feared these people were becoming a financial burden and were becoming institutionalised. They set out to reduce the numbers in the workhouse.

One of the ways that workhouse numbers decreased was through emigration.  The cost of emigration to landlords was less than that of keeping paupers in the workhouse.  An Emigration Commission was set up.  Its representatives visited every workhouse in Ireland.  Those who wanted to emigrate were offered free passage, clothing and a little money.  It is estimated that between the years 1848 – 1852 there were 4,175 orphan girls aged 14-18 years who left Irish workhouses for Australia. Girls were in greater demand than boys because of the shortage of women in Australia. Initially it was hoped that they would find work in their new country, then marry and raise families. Two groups, approximately 30 per group, of orphan girls left Mountbellew in 1852 for Freemantle, Western Australia via Plymouth in England. The first group sailed on “The Travencore” departing 30th September 1852 and arrived on 13th January 1853. At the moment there is little information about them. The second group sailed on “The Palestine” and arrived 28th April 1853. Mary Flanagan was numbered among this group. Another group of 50 girls from Mountbellew were sent to Canada on “The Primrose” in 1853.   They had spent the following number of years in workhouses: – 7 spent 2-3yrs., 26 spent 3-5yrs., 15 spent 5-7yrs., 2 spent over 7yrs. On arrival they were taken to the Sisters of Charity in Bytown, Ontario to be trained as domestic servants, later it is believed that many of them moved to Toronto or Hamilton for work.

Mary Flanagan who was sent to Australia on “The Palestine” may have been from Mountbellew or she may have come from one of the surrounding areas. We have no definite way of telling at this moment. As stated before she gave her father’s name as Thomas Flanagan on her marriage certificate. She left Mountbellew Workhouse in 1852, aged 18yrs., along with 29 others bound for Freemantle, Western Australia. Before they left each of them was given a box containing clothing, bonnets, stockings shoes, soap, a bible and prayer book.   One can only begin to imagine what was going through their minds: – a mixture of sadness, apprehension, hope………… most probably had never been much beyond the area they grew up in. They’d also endured and survived the horrors of the famine.   Now they faced a long sea voyage and a new, unfamiliar country. They departed Galway for Plymouth and boarded “The Palestine” on Nov. 30th 1852. The Palestine was a 467 ton barque owned by Sim & Co., London, built in Newcastle in1834. There were 229 people on board the ship, many were British families emigrating as the men were tradesmen needed in the colonies, while some were the wives (and children) of convicts who were being allowed to reunite with their husbands. The Mountbellew girls travelled under the care of a Matron – a Mrs. Amos. The journey took 5 months with the ship docking in Freemantle on 28th April 1853. It had an eventful voyage, they encountered bad weather. There were fears that the ship had been lost. Supplies ran low and they docked at the Cape of Good Hope from March 19th – 22nd 1853 to restock essential items. It was reported to the British House of Commons that there were 13 deaths (2 adults and 11 children) and 8 births during the voyage. It was also stated that the carpenters were quickly finding work, and that the unmarried women were being hired as domestic servants. After that the greatest demand was for farm labourers and shepherds, those who were blacksmiths were finding it difficult to get employment. The Immigration Agent an F.D. Wittenoom also reported that the emigrants said they were well treated on the voyage. A month later on Friday 6th May 1853 The Perth Gazette and Independent Journal of Politics and News reported as follows:- “The single women by the Palestine, most of whom are from Ireland, have many of them been already engaged in private service at about £12 per annum; few of them have been ever before in service, but the good temper and willingness to do their best and be instructed in household duties, evinced by those Irish girls who arrived in the Travancore, has created quite an impression in their favour”.

The story of Mary’s life in Australia was told to me by Aleysha, her great granddaughter. Mary may like many of the other girls have initially found work as a domestic servant on arrival in Australia. The following year in January 1854 at Bunbury, W. Australia, she married George Armstead Smith, who later changed the family name to Brown. He himself became known as Henry George Armstead Brown (HGA Brown). On October 20th 1858, five years after her arrival in Australia, Mary placed an advert in a Melbourne newspaper “The Argus” seeking her sister and brother. It read as follows: -“Mount Bellew, Galway – Anne or Patrick Flannigan, If you are in Victoria, you will hear of your sister Mary, by addressing a letter to Mary, care of this paper.” We do not know if she succeeded in her search. Mary and Henry led an interesting life, they had 11 children, 9 of whom survived infancy, and their first child, a daughter was born in 1856. The family then left Bunburry and moved to Port Adelaide. The rest of the children were born in north eastern Victoria. Henry worked as a carpenter initially and later became a school teacher. This required the family to move on a regular basis. Mary & Henry’s youngest child was born in 1878. In 1892 their eldest son Arthur was killed by a one punch assault outside “The Shamrock Hotel” in Bendigo, Victoria. Arthur was 33yrs. old and an off duty police officer who was married with 2 children. One of those children would later join the Australian Army and lose his life on the Gallipoli Peninsula on 25th April 1915.

Mary herself died in 1898, aged 62yrs. She died in Ballarat, Victoria and is buried in Ballarat New Cemetery with Henry who died 6yrs later. Henry was killed in Fitzroy, Melbourne in April 1904. He was alighting from a tram on returning from the opera when he was hit by a horse and buggy. It was a hit and run incident and the driver of the buggy was subsequently charged with manslaughter but acquitted. Things have come full circle with the return of her great granddaughters who were thrilled to learn about the Irish side of their family history and have remained in contact since then. It was a pleasure to have helped them.

Nowadays the surviving buildings of Mountbellew Workhouse are a secondary school “Coláiste an Chreagáin.” Plans are afoot to restore the famine graveyard in its grounds and an annual commemorative walk is now held to remember those who died. Plans are also in train to uncover the stories of the other “Palestine Girls” and to hold an event in their memory, hopefully having some of the Australian families attend. Anyone who maybe descended from any of these groups can make contact via The Mountbellew Workhouse Cemetery Restoration Facebook page.

Comments about this page