You are here: Home>Places>The Crannóg in Lake View

The Crannóg in Lake View

An Ordinance survey map denotes a Crannog in Lakeview. 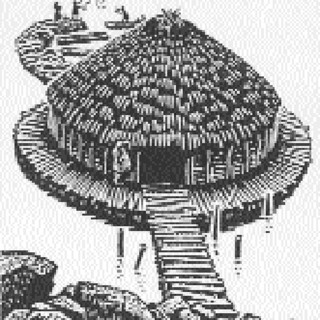 The word ‘crannog’is Irish and consists of two parts — crann, meaning ‘tree’,and og, meaning‘miniature’or ‘young’.The term is often used to describe the small,wooded,man-made islands that can be found in many Irish lakes today.‘Crannog’(‘young tree’) would of course be an apt description of their present appearance,covered with small trees and bushes.The average crannog measures about 25m in diameter and reaches a height of 1.5m above the lakebed.

An Ordinance survey map denotes one Crannog in Lakeview, however it is reputed that there are three. Local tradition attributes the “Foidin Mearai” to the location, which in itself is an indication of antiquity “Foidin Mearai” means sod of bewilderment.